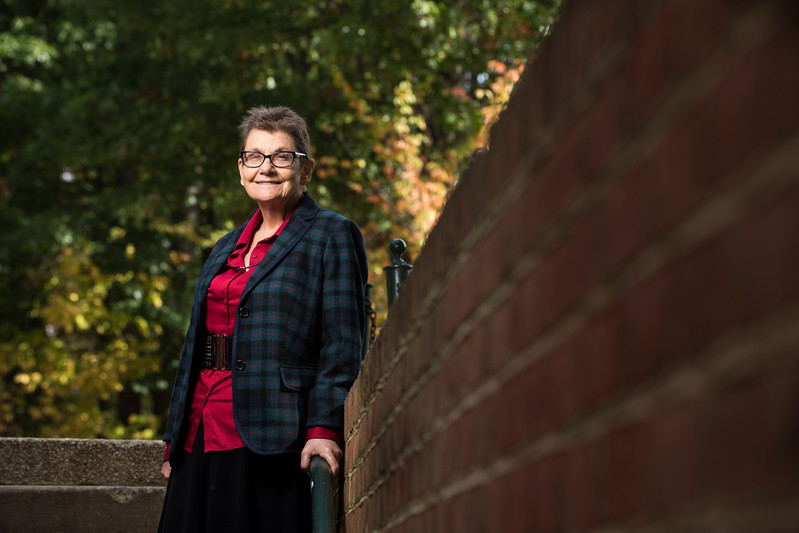 Rosalind Gann may not seem to be a game-changing donor but, truth be told, she is just that

Gann, known to friends as Roz, earned her doctorate a bit later in life than do many professors, but she taught for years at East Tennessee State University. When she retired, she and her husband, a retired Methodist minister, moved to Northern Virginia and she began to teach for Mason’s English Department as an adjunct professor. She mostly works in composition classrooms with students for whom English is a second language.

At Mason, Gann also began to take courses in the graduate Creative Writing Program. She wanted to work on her memoir. Last fall, she became a degree-seeking student in the MFA program in nonfiction.

Gann also has set up a scholarship fund to honor her father, the late Robert Raymond, who she says “loved literature, marched with Martin Luther King, and would have loved this place” that is George Mason University. She earmarked the scholarship for students in the graduate Creative Writing Program whose attendance would help diversify the student population served by the program. As an adjunct who teaches undergraduate classes that are part of Mason’s general education program, Gann came to know the great diversification of Mason’s larger student body. But sitting in the graduate program’s courses and workshops, she says, “I had to ask, ‘Where am I?’” The graduate program has only limited scholarship funds, and none that were earmarked by donors for recruiting diverse students.

“A former Methodist pastor and a retired university professor don’t have a lot of money,” Gann explains, “but we wanted to target our giving to this purpose and make a difference.”