Two Mason graduates and feminist poets – Alyse Knorr and Sarah Marcus – have just added their voices to the world of feminist poetry.  Their poetry collections (Knorr’s Annotated Glass and Marcus’s Backcountry), both recently published, began while the two women were students in George Mason University’s MFA program.  Read on for details about each collection. 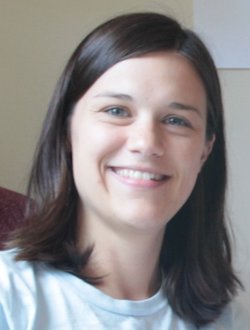 Now available through Furniture Press Books, Annotated Glass tells the story of Alice, a character Knorr describes as “semi-autobiographical, semi-Lewis Carroll” who spends the aftermath of a break-up with her partner, an actress named Jenny, exploring the death of her sister Rose, who died as a child.  Although the title of each poem in the collection begins with “Alice” (“Alice at Work,” “Alice Sleep-Climbs to the Shed Roof,” and “Alice and Jenny are Escorted off the Southwest Airlines Plane,” for example), Knorr wanted to make sure that her work in this collection varied in both form and tone, and so she shifted between the first- and third-person points of view; sometimes, Alice is the speaker, and, other times, she is a character in the poem.  Knorr sees her work as a collection of love poems and an exploration of different types of loss, but also as a “novel in verse” that follows the narrative arc of a novel or short story.

“I wanted the rising tension and complications, the climax, and conclusion.  But I didn’t want this to seem too predictable or too neat, either, so I had to seek a balance and had to really try to make the poems still surprising and devastating at the right moments,” Knorr said.

Knorr began to write about a woman named “Alice” because that is how people commonly mispronounce her name (which is actually pronounced “Uh-Lease”), and she wanted to develop a poetic persona that was both her and not her.

“When two people are in love, they create a world together, and that world has to be abandoned after those two people end their relationship.  So how do you go back to that world, and what do you do with the memories of it?  This imaginative world-making is also something that kids do all the time so I wanted to take that and play with the idea in some of the poems about Alice's childhood, before and after the death of Rose.  So the book, in a way, follows Alice through these ‘lands’ in her imagination – lands of memory, of nostalgia, of grief and love,” Knorr wrote.  “That said, I definitely don’t think of the Alice in Annotated Glass as Lewis Carroll’s same Alice.  I’m not trying to re-write Carroll’s Alice or put her in a new context – my Alice is a nod to his, but also someone new.”

While Knorr’s Alice’s travels to different lands honor the Alice Lewis Carroll made famous in Alice in Wonderland and Through the Looking Glass, it may go without saying that her Alice will not travel to Wonderland.  Instead, you will find her in “Fatherland,” “Brotherland,” and even “Public Restroomland.” 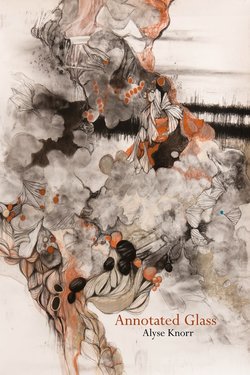 You’ll also find her describing the beauty of the landscape of Georgia.  “Alice Recalls Georgia to Jenny,” Knorr’s favorite – and the “most directly autobiographical” – poem in the collection captures the terrain of Georgia – the state where Knorr herself grew up – as a “lush, beautiful, and romantic, but in a lot of ways, broken, land,” Knorr wrote.

“I tried to take the space of the revival shacks in the campground (I really did grow up on Campground Road, named for the old-school religious revival campsite nearby) and claim that as a space for intimacy between these two women.  This happens in other places in the book – the women have intimate moments in a house that's a renovated old church, for example, and that was important to me, to entangle the love between these two people in these kinds of locations, since that's true to who I am and where I'm from,” Knorr wrote.

In August, Knorr will move to Alaska to take a position as a visiting professor of composition and literature at the University of Alaska, Anchorage.  She’s also onto her next book-length project, a manuscript titled “Copper Mother.”  In this sequence of poems, Knorr imagines what happens when the Golden Record, a time capsule of sounds and images from Earth sent to space aboard the Voyager spacecraft in 1977, meets “intelligent civilization.”

Poet Sarah Marcus once received a rejection letter that read:  “These poems are not subtle.”

“No,” says Marcus, “my poems are generally not subtle.”

Her poems, Marcus continues, are “unapologetic” and “accessible,” and, perhaps above all, “honest.” 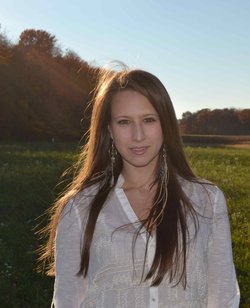 And that is how readers will find Backcountry, Marcus’s poetry collection now available through Finishing Line Press.  Marcus describes Backcountry as a sequence of poems about addiction, endurance, suffering, violence, and survival.

“Backcountry is about the need for intimacy regardless of consequence.  It’s about the process of identifying and letting go of what is broken, of irreparable damage.  I guess an apropos axiom would be ‘when love is not enough,’” Marcus said. “I hope that readers will relate to the sense of longing and to these characters’ desperate attempts to rekindle what’s lost and their intense desire to be saved.  I wanted to communicate a danger landscape.  There are no safe spaces here.”

Backcountry began in Eric Pankey’s summer “Lyric Sequence” course and further developed during Jennifer Atkinson’s “79 Works” class.  Marcus never intended the collection to be about only two characters – or to be as personal as the final product is, but she became so attached to them that she could not stop writing “what felt like the same poem over and over and over” until she felt finished, she wrote.

The collection’s title poem, “Backcountry,” ends with an image of bears eating the carcasses of animals that died from heat.  Those animals are not unlike the characters in this collection, Marcus wrote, whose desire for intimacy and danger leads to their demise.  The final poem in the collection, “But Mostly They Were Bears,” completes the couple’s transformation.

“I’m sure that the idea for Backcountry developed as I was trying to alter the course of my own broken relationship.  I essentially started writing because I felt like I was unable to effectively communicate with my partner at the time.  I suppose these poems became an, albeit distorted, mirror; in some ways, I felt like I was writing my future, which is obviously terrifying.  The difficulty of being associated as someone who writes from an autobiographical angle is that it’s both true and untrue – always,” Marcus wrote.  “As with all of my writing, and I think this is pretty common, the sequence truly developed into something publishable when I wasn’t experiencing the poems so intensely, and I could see the bigger picture, the arc of this tragic couple’s heartbreaking struggle to remember, recreate, and hold together themselves and each other.” 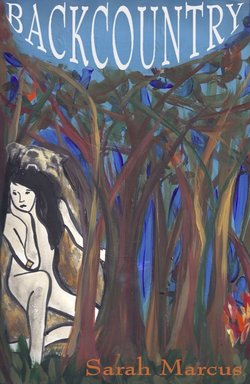 Like much of Marcus’s work, the poems collected in Backcountry are written in what she calls a contemporary Confessionalist tradition and told through a feminist lens.  Readers of Backcountry will also find images and themes common to Marcus’s work:  bears, drugs, love, and the wilderness.  The backcountry represents a landscape that is “untamed” and “a place of both possibility and danger,” Marcus wrote.

This fall, Marcus will teach language arts and creative writing at a private high school.  She is currently at work on a new project.

For More on Annotated Glass and Backcountry

To read a sample and/or order a copy of Annotated Glass, visit the Furniture Books Press website (furniturepressbooks.com).  Knorr will also read from Annotated Glass at Emory University and in Athens, Georgia, in early September and in Philadelphia, Baltimore, and New York City as a part of Furniture Press’s 10-year anniversary reading tour in late September.

Backcountry is available from Finishing Line Press’s website (www.finishinglinepress.com) and also on Amazon.